A pearl of modern design by Amar Sabeh 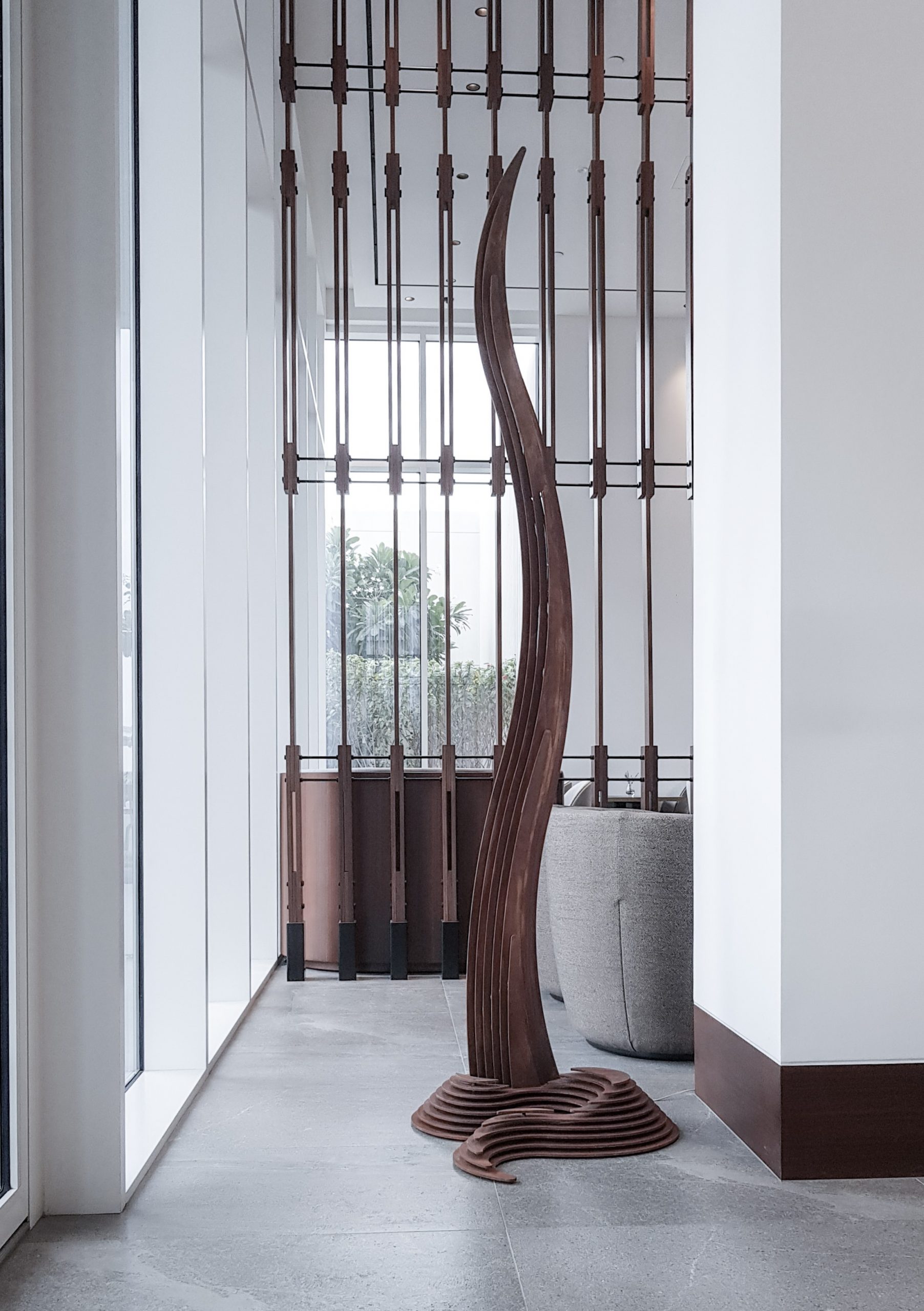 The architectural bureau Amar Sabeh Studio designed a luxurious space that seeks to be more restrained, but at the same time memorable.

In fact, the effect of visual communication with the traveler was achieved using the created common spaces and rooms. Individuality, not excessive luxury, and predictable versatility are the focus of attention on the form that appeals to today’s guest at his hyperactive pace.

It is important to note that FORM Hotel intends to remain a significant part of the design of Dubai, which is why they are already for the second year in a row included in the locations of Dubai Design Week, which are recommended for visiting.

Moreover, the hotel itself at the time of the week of design posted the work of local designers. This time, our attention was attracted by a very original lamp called “Dune”, which was developed by the local Emirati designer Mrs. Azza Al Qubaisi specifically for the FORM Hotel as part of Design Week.